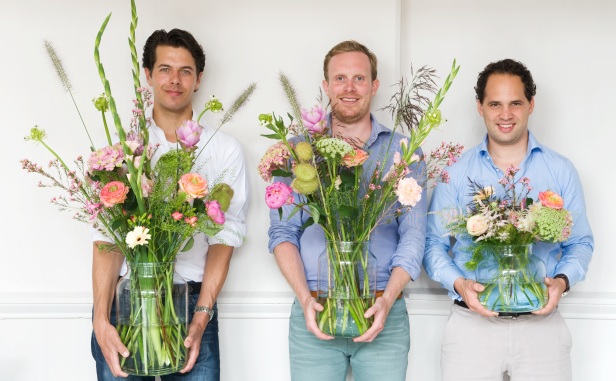 Amsterdam, 2 September 2015 – Within eight months of the successful launch in the Netherlands and Germany, Bloomon closed the A round series with 3.5 million euros in growth financing. Never before did a Dutch startup receive such an amount within such a short period of time. The cash injection is used for the further growth of the company, including international expansion. Bloomon wants to supply its Dutch quality flowers, which are known worldwide as best in the world, to consumers throughout Europe.

The series A investment is led by the Dutch INKEF Capital. In addition, the international investor Partech Ventures, one of the largest Venture Capital funds of Europe with offices in Silicon Valley, Paris and Berlin, is involved. Finally, an investor from the flower sector participates in the financing round. With the money injection Bloomon wants to expand to new countries. The Bloomon team now consists of more than 50 people.

Dutch glory
“We are impressed by the disruption that Bloomon generates with a purely Dutch product and an innovative value chain in the traditional flower sector”, says Robert Jan Galema, director of INKEF Capital. Otto Birnbaum, Principal at Partech Ventures, sees many opportunities internationally. “The impressive growth during the past months gives us great confidence in an international rollout.”

1 million deliveries
“This investment will help us achieve our target of delivering 1 million bunches of flowers over the next two years”, says Patrick Hurenkamp, ​​founder of Bloomon. “We are very pleased with this combination of investors, as a result of which we have gained not only a lot of international experience, but also a relevant party from the flower sector.”

Want to come on board and build your idea from good to better?
Contact us with any questions you may have.